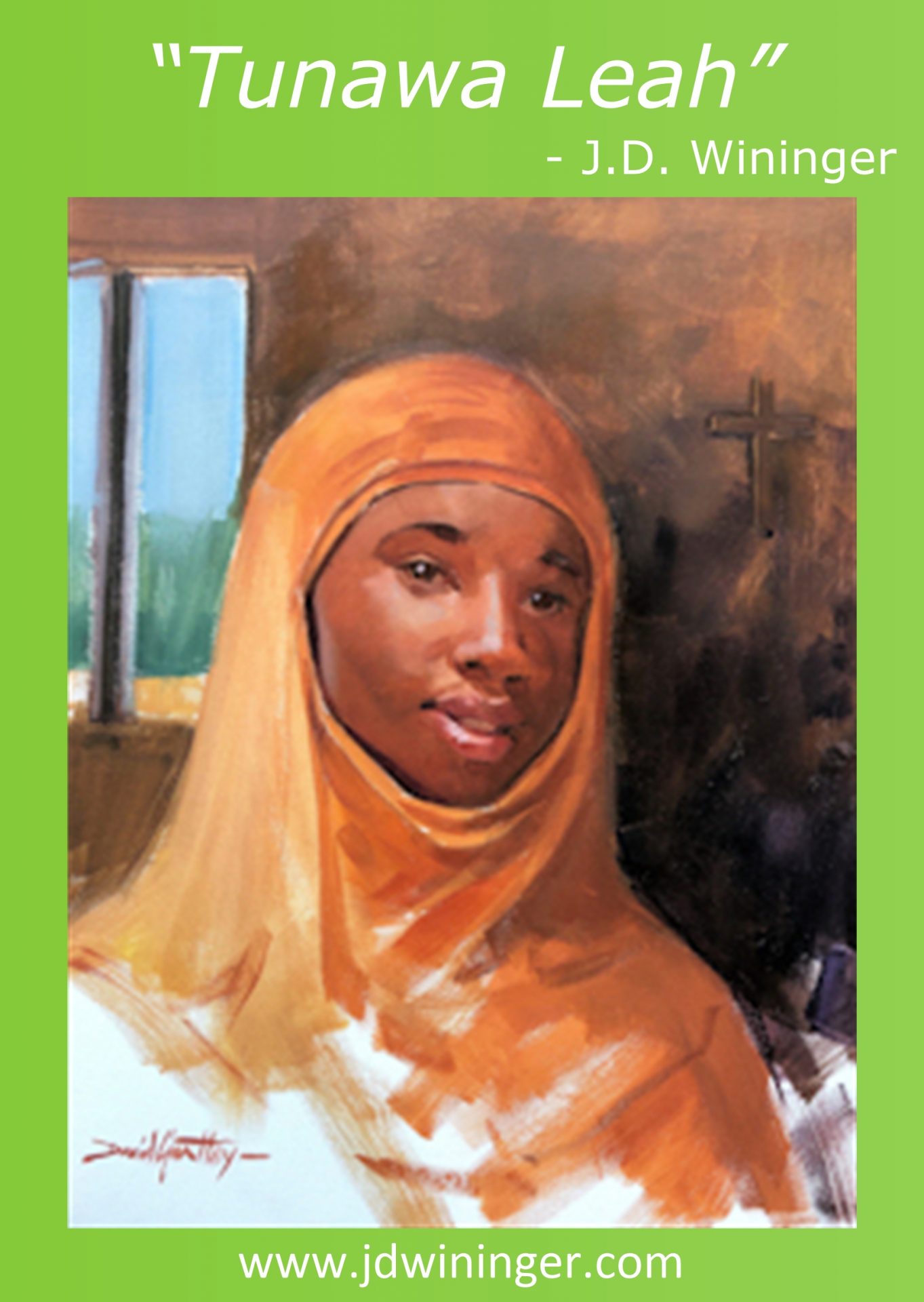 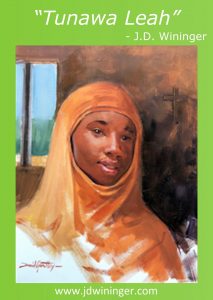 Lonely and afraid, you tremble when he motions you to come with his AK-47 rifle. He’s killed five of your classmates in recent days. Are you next to die? His face covered with a dark balaclava; approaching, you see his cold, lifeless, soulless eyes peering at you.

You wonder, Is he in pain from chewing Khat that has stained and is rotting his teeth? Why does he always wear a mask? Why does he hide himself? He barks his command to you; “Get on the truck! You may go home to your family.” As you turn, his bony fingers dig into your shoulder, spinning you around to face him again. His dark eyes, like those of a shark, pierce your soul. You hear delight in his voice as he demands “You must first claim your allegiance to Allah!” You sense the evil smile behind his words.

”Do this and you can go home.” The moment of decision has come. Terrified, mistreated, beaten, and starved for weeks now, your freedom is but a few steps away. In your small voice, you utter “I cannot. I am a Christian.”

“I will kill you if you do not do this!” he demands. Do you rip yourself from his grasp and run for the truck? Perhaps surrender your beliefs and tell him what he wants to hear? You know it’s not true, but you can be free. In this moment, what do you do?

Fourteen-year-old Leah Sharibu stood on her Christian faith and her belief in Christ. She refused to renounce her faith and claim allegiance to Islam. Because of her decision, now sixteen-year-old Leah remains a prisoner of Boko Haram somewhere in Nigeria. Deemed a “Slave for Life” by their supposed sharia law, the United States Commission on International Religious Freedom (USCIRF) has designated Leah a Religious Prisoner of Conscience. You can read more about this faith-filled child at https://www.uscirf.gov/leah-sharibu-0.

I learned about Leah at a missions meeting this past October. As the story unfolded, I remembered a twenty-second news story. Better known as Boko Haram, ISIS-West Africa terrorists kidnapped “the Dapchi girls” from their school on February 19, 2018. Not long afterwards, the news reported their release. Here’s what western news media didn’t, to my knowledge, report to us.

On the fateful day of the attack on the Dapchi school in Nigeria, ISIS-WA terrorists kidnapped one hundred ten young girls. Five were subsequently murdered. The terrorists later released one hundred four of them (mostly Muslim) after they claimed allegiance to Islam. One brave young teen stared into the face of hatred and terror to claim Christianity as her faith and Christ as her Savior. Leah Sharibu remains captive today because she refuses to renounce her faith in Christ.

I learned this on a crisp fall morning as I listened to Mrs. Rebecca Sharibu, Leah’s mother; share this heart-wrenching story with our global missions team through her interpreter. Days earlier, Mrs. Sharibu shared this same story with Vice President Mike Pence and congressional leaders in Washington, DC; hoping to bring attention to her family’s plight. What struck me as I met this brave woman before the meeting began, and throughout her speech, was her brokenness. I sensed in her not a spirit of fear from being in a strange country, surrounded by people speaking a strange language, but one of a weary warrior.

As she spoke, her soul cried out in anguish; her words bringing us into this horrific nightmare. Seldom lifting her head during our time together, we heard her sorrow and watched the tears fall from her tortured face. I wondered, How many more times must she tell this terrible story before they return her precious child? A pause signals her need to summon the courage to go on with her talk. How painful it must be for a parent to speak for a beloved child who is frightened, alone, imprisoned in some undisclosed location, with her condition unknown.

Listening as my heart cried out for her family, Mrs. Sharibu stated something that will long stay in my memory. Ms. Gloria Samdi Puldu, Rebecca’s interpreter, struggled to speak as she translated her tear-filled words. “I do not know that in the face of such terror, my faith would be strong enough to resist my armed captor. I do not know if my faith is that strong.” In that moment, in a quiet conference room in rural Connecticut, I felt God touching the heart of every attendee. I cannot tell you if there were any dry eyes in that instant. I can assure you mine, the eyes of a once-proud elite and battle-hardened warrior, were not.

As Rebecca Sharibu neared the end of her presentation, a mother’s heartfelt plea rang out. With hands raised to heaven, her face looking upward, she asked “Ku chigaba da tunawa da Leah a cikin audwowin ku.” Translated from her native Hausa language, her request was “Please continue to remember Leah in your prayers.” With that simple plea, the entire room stood as we joined hands and spontaneously prayed for God’s divine protection and resolution of this family’s horrific trial.

Following our meeting, I asked permission to escort Mrs. Sharibu, Ms. Puldu, and others to our host’s Prayer Walk on the grounds of their company 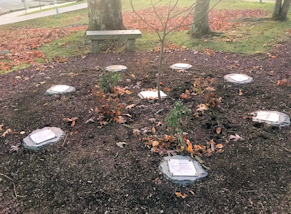 headquarters. Erected and dedicated some years earlier as a gift to the company’s founder by its employees, I had been introduced to this peaceful place over a year earlier. In fact, I visited here daily while working with our hosts on a challenging, time-constrained opportunity. I explained how this powerful place held a special connection for me to our God. Each afternoon, I would walk the path to the site and feel the stresses of the day being released a little more with each step. I shared with them how I spent a few moments at each stone, considering how the scripture verse written upon them applied to my life. As Gloria translated each stone, our tears flowed in the moment’s beauty.

Before returning inside, the five of us joined hands and once again prayed for Leah, her family, her captors, and God’s amazing grace. As I held this dear woman’s hand, I could feel the strength of her love for her daughter coursing through me. I silently asked God to help me find the words to bring her peace. Before leaving, Mrs. Sharibu held my hands in hers, looked into my eyes and quietly uttered “Tunawa Leah. Tunawa Leah.” Tunawa (pronounced too-nah-wah) is the Hausa word for Remember.

Please join with us in prayer for the safety and release of Leah Sharibu. #FreeLeah Click To Tweet

As I was driving back to the hotel after this powerful day of prayer and praise, the Apostle Paul’s words in Ephesians 3:18 rang true in my heart. God revealed to me how when Christ’s love is in us, we must extend it in His power throughout the universe and not limit it to our little corner of this world. We do this when we join in righteous prayer. I ask that you join with me and others around the world in prayer for the safe return of Leah to her family. Please help me share the message to #FreeLeah.